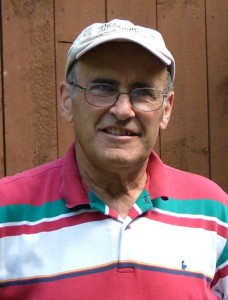 Douglas S. Tolderlund, 69, of Old Lyme, Connecticut, passed away peacefully at his home on January 24, 2008.  More than 400 people attended a Celebration of Life ceremony at the U. S. Coast Guard Academy Chapel on February 2, a testimony to the impact Doug had on the lives of so many people.  Doug was born in Newport, RI on 14 January 1939.  He attended Brown University as a NROTC scholarship student, and in 1960 received a Bachelor of Arts degree in Geology.  After graduating from Brown, Doug was commissioned an Ensign, United States Navy. During his four years in the Navy he served on the USS Caliente (AO-53) and USS Tanner (AGS-15).  After resigning from the Navy in 1964 he returned to graduate school, and in 1969 earned a Ph.D. in Marine Science from Columbia University.

After earning his doctorate, Doug was first employed at the Raytheon Company’s Marine Research Lab as a Senior Ecologist but  left in December 1970 to join the faculty at the United States Coast Guard Academy (CGA) as an Assistant Professor of Ocean Science. During his 28-year tenure at the Coast Guard Academy, Doug taught a variety of classes including General Oceanography, Polar Oceanography, Marine Geology, Marine Pollution, and Marine Fisheries. He always emphasized learning outside of the classroom.  In 1974-1975, Professor Tolderlund and his students conducted an ecological study of the lower Thames River.  Doug also introduced his students to research in Marine Biology conducted by his colleagues at the University of Rhode Island and encouraged his students to present talks at local scientific workshops and meetings.  His accomplished teaching record eventually led to his appointment as chief of the Marine Science section and Head of the Science Department.

Throughout his 28 years at the Coast Guard Academy, Professor Tolderlund was a wise and caring role model and mentor to both cadets and faculty, and a true friend to all.  He always willingly gave his time to extra-curricular activities, and contributed to numerous committees and projects.  Doc T, as his students called him, always managed to find ways to go on great adventures to “enhance his teaching,” such as a trip across the NW Passage on the CG icebreaker Polar Sea and a trip on the icebreaker Polar Star to Antarctica which included a visit to the South Pole (via C-130).  He also landed on Shackelton Glacier and made a helo flight over the “Dry Valleys” of the Transantarctic Mountains.

In 1980, the National Association of Geology Teachers gave its “Outstanding Earth Science Teacher” title to Dr. Tolderlund.  In 1998, in recognition of his efforts, dedication, and commitment to cadet education he received the CGA Alumni Association Distinguished Faculty Award.

Doug was actively involved in the Southern New England Chapter (SNEC) of the American Fisheries Society, serving as President in 1983 and more recently participating on the SNEC Board of Directors until his death.  His students often presented papers at the SNEC meetings.  In 2001 Doug was awarded the SNEC/AFS Award of Excellence.  Doug Tolderlund’s professional life exemplified his commitment to advancing the goals and objectives of the American Fisheries Society.  His passing is a tremendous loss to those who counted him as a colleague and friend.

Doug is survived by his wife, Sandy; his daughter, Rebecca Gronlund and her husband, Wayne; his son, Jason Tolderlund and his wife, Maura; and his three grandchildren, Quentin Wysopal and Chloe and Connor Tolderlund.

Doug Tolderlund is missed by all of us at SNEC.  Donations in Doug’s memory can be made to the Coast Guard Academy Alumni Association and designated for the Marine Science Endowment.

Back to dedication page.