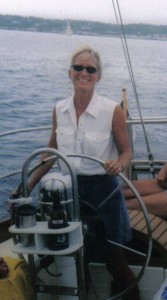 Lesa Meng worked for U.S. Fish & Wildlife Service in California from 1992‑1995.  She then came to Narragansett, RI where she worked at the US-EPA laboratory from September 1995 through June 2006.

Lesa joined the American Fisheries Society in 1990.  Once she came to work in RI, it took no time for her to join and get involved in the Southern New England Chapter.  She took over as Program Development Chair in June 1997 and was a driving force in maintaining high quality Chapter meetings for almost 10 years.  Lesa had developed the program for the June 14, 2006 meeting even though she was on medical leave at the time and could not attend.

Lesa earned the Southern New England’s Special Achievement Award in 1999 for her design and her part in the sales of the official AFS ’98 tee shirt.  In 2001, she was awarded the Chapter’s Irwin Alperin Outstanding Member Award for her continuing contributions as Program Chair.

Back to dedication page. 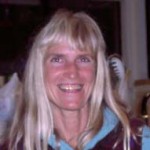 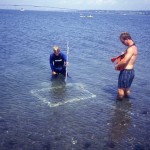 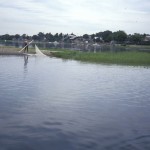 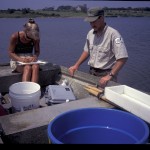 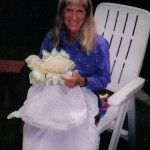 Many thanks to Chris Powell for sharing these photos of Lesa with us.